Ontario shuts down EV rebate just as Tesla Mode 3 was blowing it up. Electric vehicle sales exploded in Canada in the first half of this year, thanks to the arrival of the new and more affordable model Tesla Model 3.

The new government of Ontario has announced that it has ended incentive programs for electric and hydrogen vehicles and electric vehicle charging stations. The purpose of this cancellation is to reduce gas prices in the province by 10 cents a litre. This means that they are killing a program aimed to accelerate the adoption of EV in order to reduce the price of gasoline.

According to the Ministry of Transportation, the electric and hydrogen vehicle and electric vehicle charging incentive programs were funded through cap-and trade proceeds and were cancelled as a result.

Even though the Electric Vehicle Charging Incentive program was cancelled, charging stations purchased and/or installed before July 11 will be able to receive incentives through the program as long as the application is submitted within 60 days.

Below is the full press release: 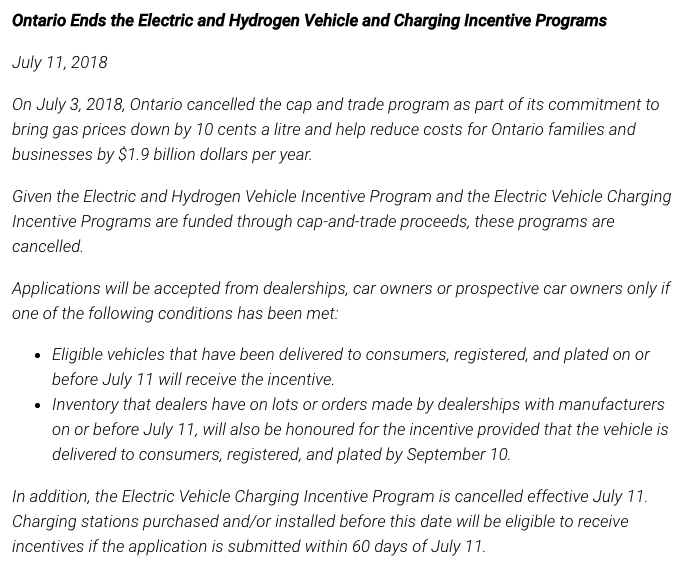